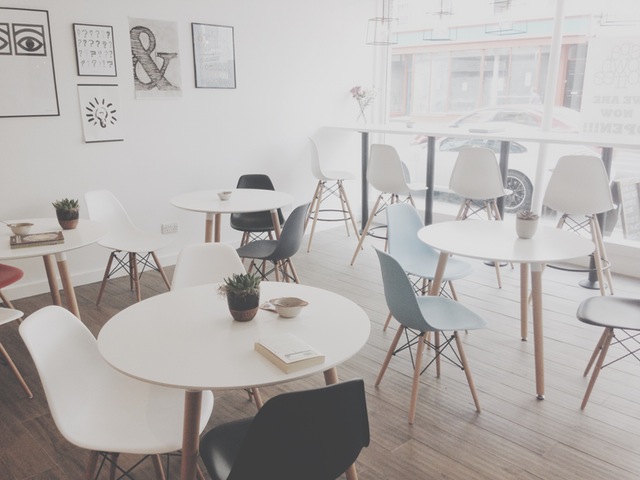 A couple years ago I had the privilege of interviewing Ann Voskamp about her then-newly released Advent book, The Greatest Gift. Ann was full of wisdom and truth, but one thing in particular stuck with me.  If you’ve ever visited Ann’s site you know she loves photography, and this is what she had to say about it:

It’s funny how God can take a random word or phrase, and then grow it and evolve it in your heart, to the point that it takes on an entirely new form. I love Ann’s takeaway–that how we “frame” our perspective on life can help us to focus on the good instead of the ugly–but God has been doing a new work in my soul, all with this idea: Photography is just as much about what’s in the photo, as what’s not.

What’s NOT in the photo–that’s the thing God’s been drawing my attention to again and again.

Through social media, we see people’s highlights, and we see their networks (ie. the people they interact with most online). By “framing” our vision this way, social media tempts us to believe two lies:

This has been a real struggle of mine. Especially the second one. As a writer, it’s easy to focus on the conference I wasn’t invited to speak at, or the article I wasn’t asked to write, or the other writers who don’t acknowledge my work. It leaves me feeling small and unimportant.

– When a group of your friends Instagrams a dinner party that you weren’t invited too, you can focus on not being invited, or you can ask, “Who else isn’t in the photo? Were any of my other friends not invited?” Maybe they need you.

– When your friends are given leadership positions at church instead of you, you can focus on your own wounded pride, or you can remember the other committed church members who serve in humble, less visible positions

– When your boss recognizes a co-worker’s hard work instead of yours, you can focus on being unappreciated, or you can honor the other colleagues who work hard but weren’t recognized either.

– When you can’t seem to break into that group of women and become their friends, you can focus on your own exclusion, or look around at the women who were excluded too–and then be a good friend to them.

– And for me personally: when a group of writers are invited to speak at a conference that I wasn’t invited to, I can feel hurt and overlooked. Or, I can affirm and encourage the other writers who weren’t invited, even though they deserved it more than me.

This “framing” is also a helpful lens for thinking about social justice (who is “missing” from places of power and privilege?), but each question is a version of this basic one: “What isn’t in the picture?” Or to put a finer point on it, “WHO isn’t in the picture?” We can get so caught up in our own exclusion, that we forget others were excluded too.

The difference in focus–between looking at who was included, and looking at who was excluded–is the difference between seeing the world as Satan would have you see it, or seeing the world like Christ. Satan wants you to feel isolated and alone, and he wants you to feel paralyzed by that loneliness. Christ, on the other hand, was always looking to the margins. He always had his radar up for the excluded, so that he could go to them. That was his ministry.

That’s why this question is so important: Who isn’t in the picture? Who was left out, like you? Or even, who was left out instead of you? The answer to those questions is not just a perspective changer. It might also be your calling.

If you live in the Raleigh-Durham area and you’r

Interview with Karen Swallow Prior

Whose Side Are You On, Anyway?