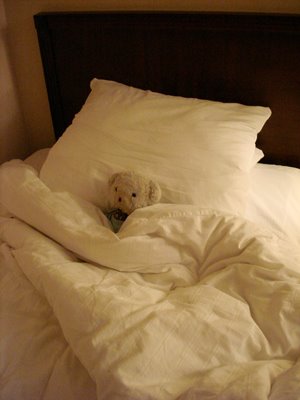 Update: Since writing this post originally, I have posted a Part 3 that you can check out here. I hope you will!

Since writing the last post, I have received a number of great questions that I want to follow up on because they are relevant to us all, and they allow me to elaborate on some of my previous points.

The first question deals with whether or not it’s ok for your boyfriend to sleep over, as long as he isn’t actually sleeping in your bed. For instance, you might have stayed up extremely late watching a movie, and he’s too exhausted to drive home, so he crashes on the couch. What are we to think of this?

Again, this draws us back into some seemingly gray territory because it is even more “innocent” than lying in bed together without having sex. If you’re not even in the same room, then what’s the problem?

Well even though my last post focused on the intimacy of sharing a bed together, there are still some points from the post that apply. The first being that no matter what you do with a guy, it’s easy to compromise your witness if he sleeps over. Your roommates have no idea how long he’s been sleeping on that couch (though I would suspect he hasn’t been there very long…), and your neighbors know even less than that. 1 Thessalonians 5:22 teaches us to avoid even the appearance of evil, to flee from anything that even looks like sin, so this verse provides us with a great perspective on this issue.

But in addition to potentially hurting your witness, there are some other elements to factor in as well. I should have mentioned this in the last post, but if you have roommates, especially Christian ones, then you may actually poison your relationship with them if you have boys staying over. I’ve seen this happen a lot–a girl will have a roommate who invites her bf to stay over all the time, and she feels extremely uncomfortable about it. But her roommate never asks if it’s ok, and she gives off the vibe that it’s not up for discussion, so a minor estrangement begins to creep in. For some, it only results in a vague tension between roommates; for others, it can corrode the relationship altogether.

And this can happen even if he sleeps on the couch. While your roommate may feel weird when you two go off into your bedroom and shut the door, it’s awkward having a boy over late at night at all. The reason being that when a boy spends the night, you feel a little less safe and at home in your own apartment. There have been times when I couldn’t even walk around my own apartment in my pj’s because a guy was always around, and I resented my roommate for it.

The bottom line is that having your boyfriend sleep over, regardless of the circumstances, is disrespectful to your roommate. It invades her privacy as well as driving a wedge in between your relationship. So for the sake of your friendship and the health of your living situation, don’t let boys spend the night.

The final point I want to make about sleeping over relates back to the issue of appropriate intimacy. When I first thought about whether or not it’s alright for a boyfriend to sleep over, as long as he’s not in the same bed, I immediately sympathized with the question. From a technical stand point, there seems to be nothing wrong with it.

But the more I reflect on it, the more I am struck by the absurdity of it. With very few exceptions (like in the case of illness, or if you’re staying at your family’s house, etc.), having a guy sleeping in the same house or apartment is just another way of attaining as much intimacy as we can get away with, while also settings ourselves up for temptation.

For instance, say that you live in different cities and he’s visiting from out of town, so you allow him to stay with you. In doing this, you are putting yourself in a very precarious position since you are alone, late at night, with no accountability.

If your situation looks more like the one I described above (he’s there so late that he’s too exhausted to drive home) then the more pressing question is why he was there so late in the first place. If it was really THAT late at night, then odds are I was engaging in behavior that I should have been avoiding in the first place. In that case, I had bigger fish to fry than the mere issue of sleeping over.

All in all, the cons of sleeping over far outweigh the positives. There is really nothing to be gained by having him spend the night, which reminds us of Paul’s words in 1 Corinthians: “Everything is permissible, but not everything is beneficial.” By letting your boyfriend or girlfriend spend the night, then you are no longer seeking to be above reproach as you set yourself up for temptation, compromise your witness, and threaten your relationship with your roommates. Is all that really worth it?

In addition to the clarifications on sleeping over, someone else asked me about the Scripture that one might use in support of what I have argued in these posts. What follows are some highlights…

This is written within the very specific context of sexual love. By not awakening love until it so desires, we should not put ourselves in a situation to do something we know is wrong and will later regret.

– You have heard that it was said, ‘You shall not commit adultery.’ But I say to you that everyone who looks at a woman with lustful intent has already committed adultery with her in his heart. –Matthew 5:27-28

We should not engage in any behavior that would lead our boyfriends to desire us in a way that God has forbidden outside of marriage. There is no formula for this because some guys can’t even handle kissing a woman without lusting after her, whereas others are not as tempted by that, but if you are doing anything you suspect would cause your boyfriend to stumble, then avoid it. If you indulge his lust, then you are not loving him as your brother in Christ, and you are disobeying God.

Notice that this verse is not a passive “how much can I get away with” approach to sexual relationships. On the contrary, we are to flee any situation that might lead us into temptation. To try and get away with as much as possible is to buck against the very spirit of this verse.

In closing, I want to you to think of this discipline in your dating relationships as an investment in your marriage. One of the reasons our marriages are so emotionally bankrupt today is that we have stopped setting the institution apart in any kind of definitive way. We want what we want now, so we mimic the love and intimacy of marriage without engaging in the commitment that that love and intimacy require. This instant gratification corruption can play out when we have sex, when we sleep in the same bed, or even when we sleep in the same apartment. But these are not meant to be legalistic parameters, since it is ultimately about your heart. You should be doing everything you can to honor yourself, your boyfriend, and your God. That, at the end of the day, is the question we should be asking.

Thanks to all those great questions!!

This error message is only visible to WordPress admins


Error: There is no connected account for the user 12416963 Feed will not update.