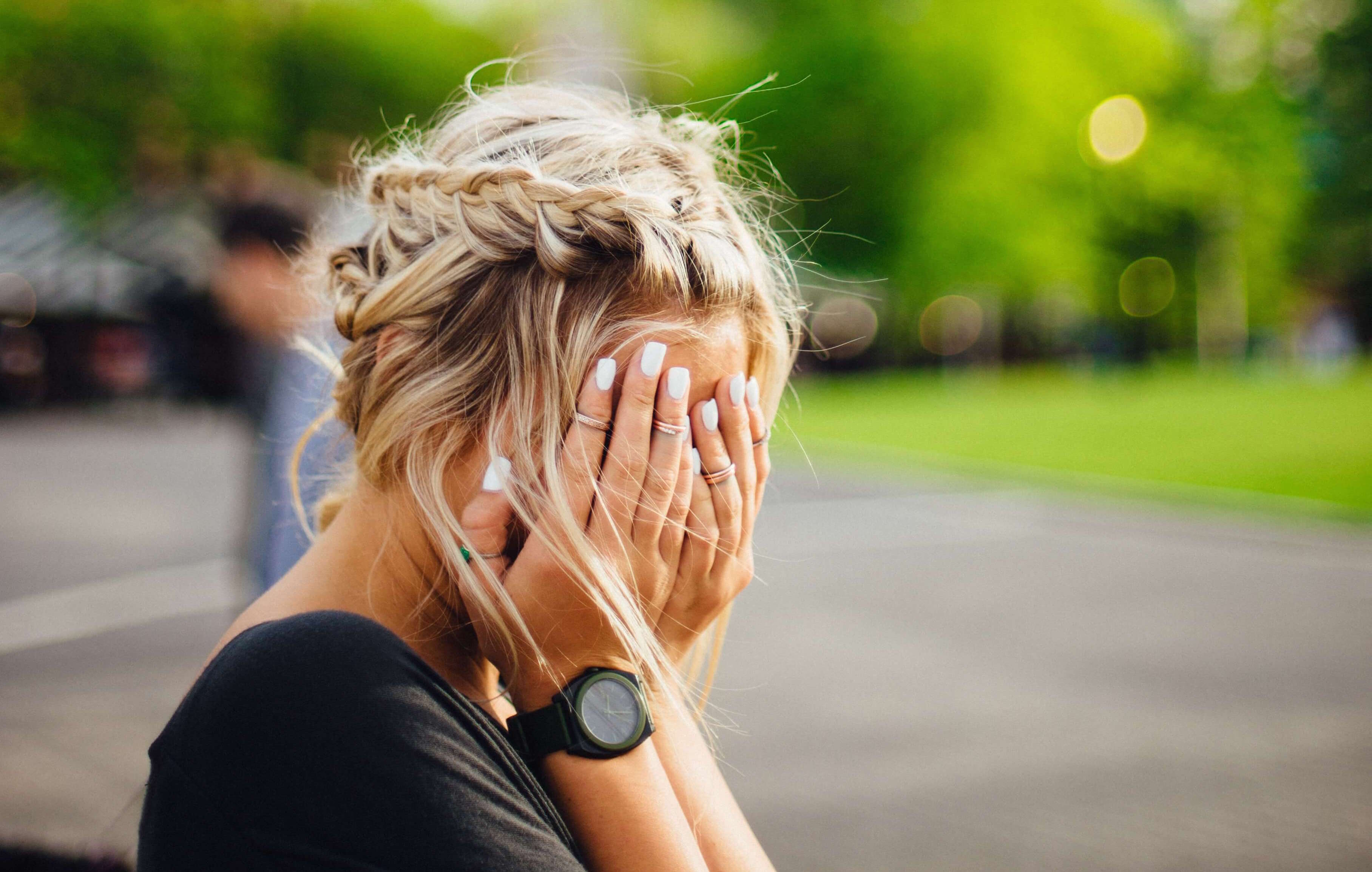 For the last few weeks I have been a HOT MESS. I can’t get into the specifics of why, so I will leave it at this: I was feeling very burdened for a tough situation, and I became very emotional about it. Like, WEIRDLY emotional. I think there was one week when I cried every day.

Thankfully I climbed out of that place, but I still had this lingering sense of brokenness, which I can only describe this way: I felt like God was calling me to be broken. I know that sounds strange, and I have never experienced it before, but it was almost like God said, “This is your call right now: to be broken, and to cry out to me on behalf of this situation.”

So that happened. For weeks, the feeling of brokenness persisted. During that time I had a LOT of feelings, and eventually my husband reached the point of “WHAT is happening?” Especially since he wasn’t responding with the same amount of emotion. I, on the other hand, was equally confused by his lack of emotion: “Why isn’t this affecting you the way it is me?” His response: “Because I couldn’t function if I did.”

This difference between us isn’t new. I wear my emotions on my sleeve, and he does not. He is very even keel. I jump to angry conclusions, while he processes his thoughts internally, which is why I’m grateful for our differences. They keep me balanced. When my emotions are a liability, when they tempt me to speak unwisely, or to act out of assumptions rather than truth–my husband’s disposition reels me back in.

And isn’t that what we’re taught? Women are emotional, and men less so, which is why we need each other. More than that, aren’t women always being warned about the danger of our emotions? I’ve read plenty of Christian books reminding women how EMOTIONAL we are, and why that’s a problem. Emotions lie. Emotions trick us into acting irrationally, or unfaithfully.

I do believe there is some truth to that. Like all people, women have emotions. And like all people, women are tempted to respond to them in foolish ways. When our beliefs are shaped by fear, or anger, we justify all sorts of sin and folly. Emotions are not always the best filters for making important decisions. They can skew our vision, and our understanding.

All of that is true. But here’s the thing: our emotions are not the enemy.

After weeks of being weepy, my husband shared something I had never heard him say before. He admitted that there was a reason he was less emotional. For him, it was a coping mechanism. He grew up with a lot of turmoil in his home, so he learned to turn off his emotions. It allowed him to function when he went to school, or hang out with friends. It helped him to survive. But now, as an adult, the tendency is still there. When things get intense, he separates. It’s almost like a reflex.

Then he said something really important: my emotions aren’t wrong. In fact, he had watched them inspire me to action. My emotions hadn’t caused me to sin, but to pray, to fast, to lean further into God. I was dependent on the Lord in new ways, and compassionate in the true sense of the word. My emotions had given birth to faithfulness.

Women are told over and over that our emotions are a problem. The strange thing is, the Bible never says this. It says that the “heart” is deceitful, and that the “flesh” is weak, but these are not the same as emotions. According to Strong’s Concordance, the “heart” can refer to our “affective center,” but it also refers to “the capacity of moral preference, the inner self, the will, the center.” The word “flesh” also has a greater sense than our physical bodies. Both terms point to the broad truth that our entire beings are affected by sin. Emotions, mind, will, all of it.

What DOES the Bible say about emotions? The funny thing is, the word “emotion” never appears in Scripture, but here is some guidance:

A fool gives full vent to his spirit, but a wise man quietly holds it back. – Proverbs 29:11

A hot-tempered man stirs up strife, but he who is slow to anger quiets contention. – Proverbs 15:18

A glad heart makes a cheerful face, but by sorrow of heart the spirit is crushed. – Proverbs 15:13

Blessed are those who mourn, for they shall be comforted. – Matthew 5:4

There is no uniform pronouncement about emotions, because they can be both good and bad, depending on when and how we use them.

So, if you are a big feeler of emotions, that is not a weakness. It’s very possible that God made you that way, which means He has a purpose for your feelings. Like any gift, your greatest strength might also be your greatest weakness. Your emotions can inspire you toward love and compassion, or they can tempt you with anger and fear. But emotion itself is not your enemy.

God created us ALL as emotional beings–not just women!–which means our emotions reflect some beautiful aspect of the heart of God. So let’s stop guilting women for the way God made them. Yes, be honest about the broken ways your emotions come out, but don’t deny them either. Instead, treat your emotions like any other gift, and submit them to Christ for the Kingdom of God.

What Is Your Promised Land?

How Becoming a Mom Taught Me about Grace