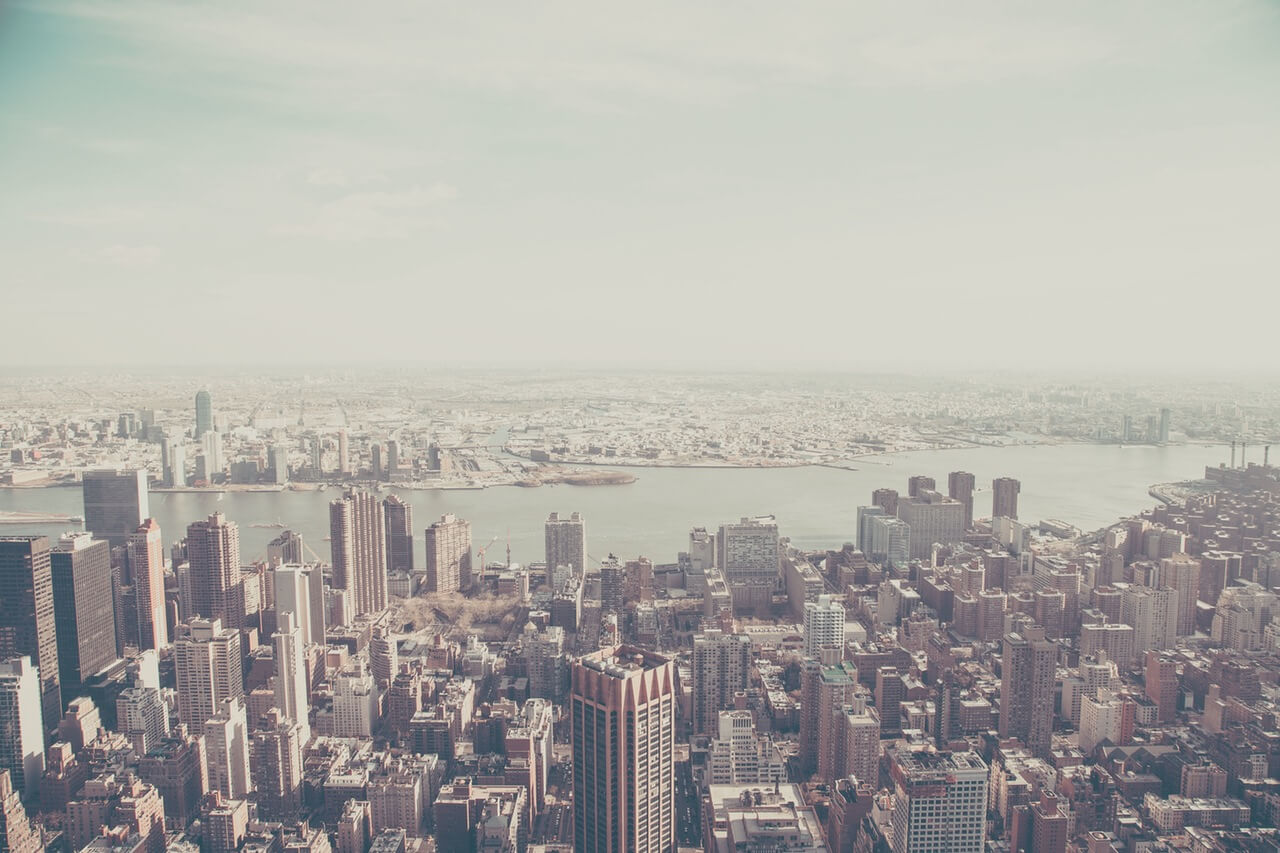 An Open Letter to Average People 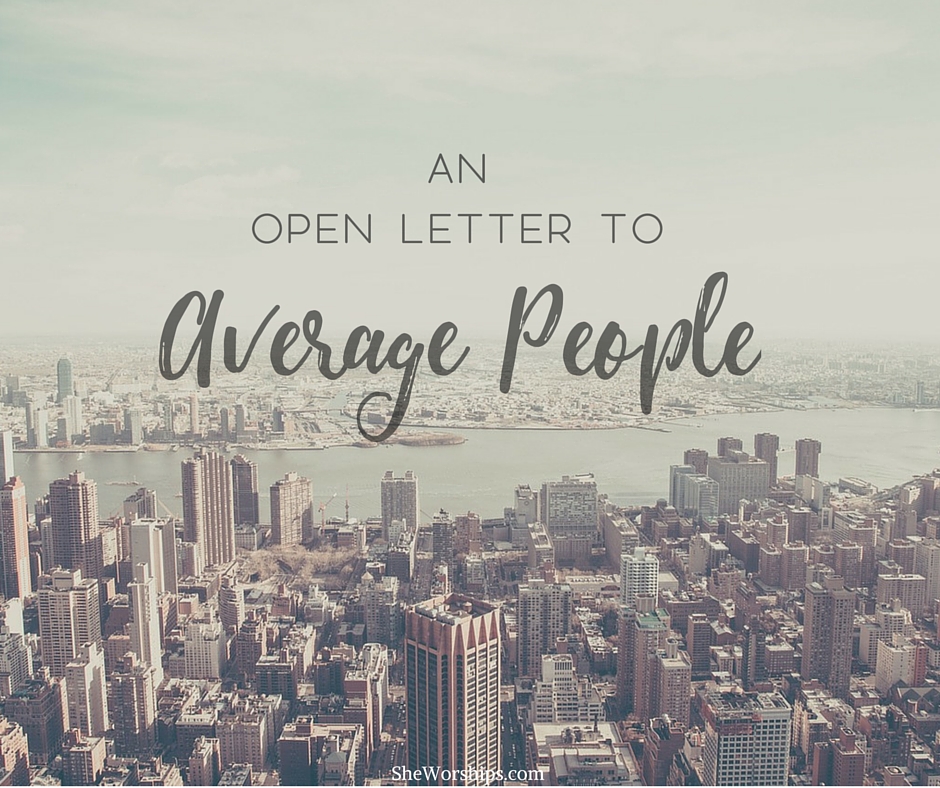 I’m sitting here staring at my computer screen, not knowing how to begin. I have written and deleted, and written and deleted, because nothing I can say will do justice to the horrors of yesterday’s events. My heart is grieving, crying out, and despairing on behalf of Orlando.

Yesterday I sat in church processing it all, and my mind was in turmoil over the complexity of this particular tragedy. Not only was it dark and sinister and awful in every detail, but it targeted a group of people that Christians are not known for loving well. The church has a strained and difficult relationship with the LGBTQ community, which made me wonder how Christians would respond.

This complicated dynamic is one I have been chewing on for the last 24 hours. When Christians have failed to love the LGBTQ community well, what does it mean to be salt and light in this moment? How can we do it well–and differently?

I still have a lot of listening and praying to do, but I want to share one small insight that God has given me, in the hope that it will be helpful.

There is a strand of Christianity that likes to summarize Jesus’s life this way: “Jesus didn’t spend much time with the religious leaders of his day. Instead, he spent the majority of his time with the poor, the outcasts, and the sinners.”

Whenever I hear these words, I typically nod my head in agreement. There is a lot of truth in them.

But yesterday I realized something I never had before: that statement isn’t entirely true. Jesus didn’t spend the majority of his time with the poor, the outcasts, or the sinners. The people Jesus spent most of his time with were the disciples.

Jesus surrounded himself with twelve ordinary men. They weren’t rich and powerful, but they weren’t on the margins of society either. They were average people with average jobs. They were unimpressive, forgettable men who wanted to follow God, but did so very imperfectly.

Jesus gathered this sort of men, and THEN he went to the poor, the marginalized, and the “law breakers,” and he did spend a lot of time with them. That much is true. But it is interesting to realize that the disciples weren’t especially poor or rejected people. They were just regular guys.

Does this mean that Jesus cared any less for the outcasts? Not at all. But I do think it tells us something about Jesus’ mission, and what it means to be Christian in the world.

In particular, I think Jesus understood something that we underestimate, or altogether misunderstand, which is this:

Average people have a LOT of power.

This truth is lost on a lot of Christians, especially when it comes to our relationships with our gay and lesbian neighbors. We see politicians and celebrities expressing their support for marriage equality, and those high profile endorsements make it seems as though the LGBTQ community is doing just fine. It might even seem like the LGBTQ community has MORE power and influence than Christians.

But here’s the catch–this visible support doesn’t necessarily translate into rural American high schools where teens are navigating their sexuality. It doesn’t always translate into neighborhoods, work environments, or churches. Members of the LGBTQ community aren’t living in some sort of liberal utopia where everyone welcomes them with open arms. Yesterday’s events are evidence enough of that.

In reality, it’s still quite difficult to be gay, lesbian or transgender in this world because of the power of ordinary people, and our gay and lesbian neighbors aren’t the only ones who can testify to that truth. Consider the experience of Muslim Americans who are reported to the authorities by suspicious neighbors for no reason at all. Consider the experience of African Americans who regularly endure small, subtle acts of racism from their bosses, co-workers, neighbors, friends, and complete strangers. And then there is the judgment and rejection experienced by people who are divorced. All it takes is one or two average people to make a neighborhood, a workplace, or a church extremely hostile, or even scary.

In short, what we see on tv does not reflect the lived reality of most minorities. Most people’s lived reality is determined by those immediately around them, people like you and me, average people. That means we have a tremendous amount of power in their lives.

And Jesus got that. He understood that truth better than anyone. So instead of influencing the religious leaders, he influenced fishermen. He gathered a handful of people who are just like most of us, and taught them what it means to follow him.

THEN, he went to the poor, the outcasts, and the “sinners,” and taught these average men how to love.

In the aftermath of Orlando, we cannot underestimate our own power and influence. It doesn’t matter what the President says, what celebrities say, or even our pastors, if ordinary people are not loving their neighbors well. The people contributing most to the lived realities of minorities are YOU and ME.

And what did that love look like? Well this is where it gets really radical. You know, most Christians SAY Jesus was radical, but I’m not sure we really get it. Not really. In a world that interprets “law” to mean “who is right and who is wrong” Jesus used the law to identify those in need of the most love and care. I ask you, what other religion teaches that? In what other culture or code do those who don’t fit the law get extra protection and embrace?

It’s SO different from what humans do. Throughout history and culture, people have used laws to  protect, but also to separate, to keep pure, to condemn. Jesus is the ONLY ONE who used the Law to identify who needed a savior.

I wonder what the world would be like if average people saw the world like him. Instead of distancing ourselves from “law breakers” (which, by the way, we ALL are), what if we saw them as the people most in need of love, and protection? What if, like Jesus and the woman caught in adultery, we put ourselves between them and their accusers? What if we defended them and loved them at personal cost to ourselves? How backward from the world we would be!

Oh how the world needs average people like that.