Be Slow to Anger

It’s hard to believe but I have been blogging for over 4 years now! Crazy, huh? And during those 4 years I have been extremely blessed to have gracious and thoughtful commenters. I like to think it’s because my arguments are so compelling and sympathetically written, but it’s probably because most of my blog readers are my friends! Regardless of the reason, I count myself fortunate for the general absence of vitriolic criticism in the comments section. When I look at other blogs and articles online, even the most seemingly benign ones, they are often met with scathing critiques.

My blog being an exception, the general tone of comments sections is a sign of the times. According to a 2008 study conducted by the Mental Health Foundation, anger is rampant in our culture: “Almost a third of us (32 percent) have a close friend or family member who has trouble controlling their anger. More than a quarter (28 percent) of us worry about how angry we sometimes feel; and one in five (20 percent) of us say we have ended a relationship or friendship with someone because of how they behaved when angry.”

While these statistics are readily apparent in the people around us (last week I saw a guy actually get out of his car to yell at someone who cut him off!), the numbers are evidenced by my own life as well. In fact, I can think of a clear example just yesterday: I was working in our apartment when the oven timer went off–lunch was ready. However I was in the middle of a task so I hoped my husband would hop up to take the food out. I listened for a moment. Nothing. No movement. Like a self-righteous martyr, I stood up and trudged to the kitchen, all the while angry about how lazy my husband was acting. I put the darn food in the oven–couldn’t he at least take it out? Of course about 30 seconds later I realized that he wasn’t even in the apartment. He had taken our dog outside…something I was too lazy to do.

My anger was COMPLETELY unjustified, yet it came out of nowhere in a flash. Where in the world did that come from?

Anger is a funny thing. It’s a direct extension of our pride, so whenever we feel angry we always feel justified in it. Whatever reason I have for being angry at my husband, a friend, the church, the government, etc. is all reasonable and warranted…so I think. In my mind, anger is my way of calling for justice.

The problem with this rationale is that Scripture says just the opposite. You may be familiar with James 1:19, which reads, “Let every person be quick to hear, slow to speak, slow to anger.” What you may not be familiar with is the verse immediately following it: “For the anger of man does not produce the righteousness of God.” In other words, anger produces the exact opposite of our intentions. We think we are expressing a kind of righteousness when we display anger about an injustice. In reality, we are usually drawing farther from it.

Why does this verse equate anger with unrighteousness? Because anger is easy. Anger is the flesh’s natural inclination.  Think about how many times you get angry each day–When your husband doesn’t listen to you? When your roommate keeps leaving their dirty dishes in the sink? When someone cuts you off in traffic? When you read about government legislation that you don’t like? When you see someone raising their kids in a way you disagree with? When someone is teaching a theology you believe is wrong? When the grocery store ran out of your favorite brand and flavor of ice cream?

There are about a bazillion things you could be angry about each day, and most people allow themselves to be. Yet in response to this inclination James 1:20 offers a checks for our spirits. It reminds Christians that being slow to anger is a discipline. It is something we must work to cultivate because peace and patience do not not come naturally to us.  Anger is rarely ever a sign of righteousness but instead a neon sign pointing directly at our broken, prideful humanity.

Given that fact and given the cultural climate, I encourage you to resist your temptation toward anger. When you are tempted to become angry, think long and creatively about how to respond in a way that is definitively different from the human norm. Even if you disagree with someone, find ways to disagree in a grace-filled manner. This is an area in which Christians could so easily stand out from the rest of the world, but we are not generally known for doing so. That’s why this discipline is so important. It takes time and intentionality,  especially when you REALLY believe your anger is justified (and sometimes, rarely, it is), but don’t forget verse 20 of James 1. Anger does not produce the righteousness of God in yourself or in others. Rather than adding one more angry voice to the storm of fury around us, let’s engage in the discipline (and it is a discipline!) of grace. 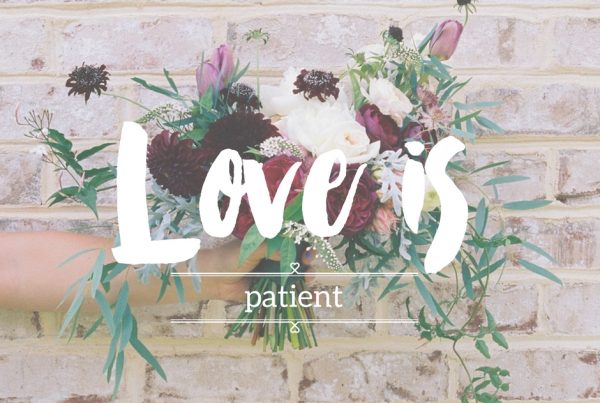