The Parable of the Short Step

This weekend Ike and I got to attend the ACC tournament in Greensboro to cheer on our Blue Devils. My parents also came up for the tournament so we had a blast! There were some nail biters games but we pulled through and won the tournament so it couldn’t have been a much better weekend! 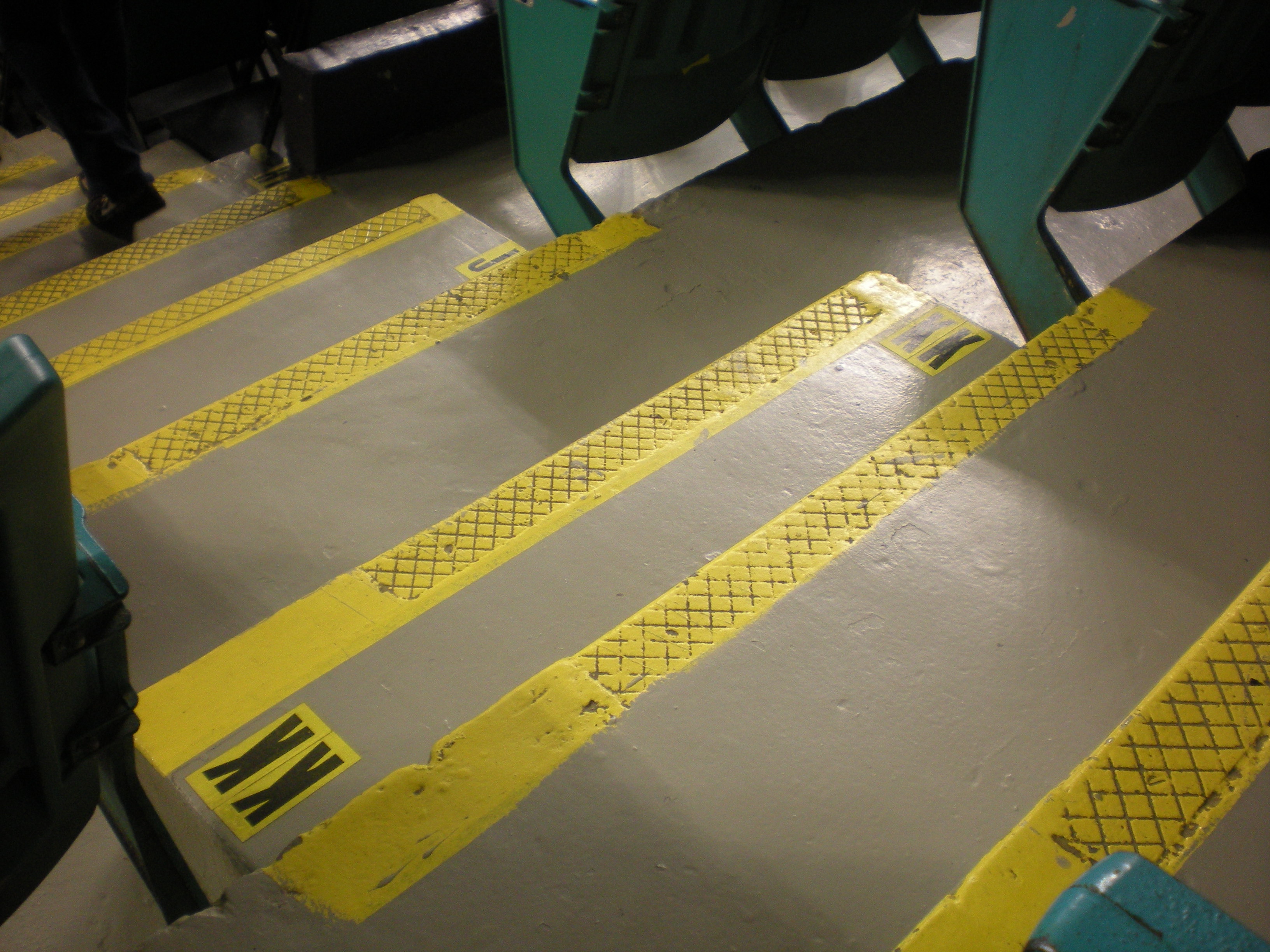 Throughout the tournament we sat in the Duke section (they had the coliseum sectioned off according to each school) and our seats were right on the end of the row. After a few games my dad pointed out that one of the steps just below us was slightly shorter than all the others (Pictured left–that’s right, I took a picture of it! Graphics are nice, I think. It’s the one labeled “KK”), and he’d been watching people trip on it all weekend.

Well after he told me this I started paying CLOSE attention. The Duke section was filled with really old people who probably graduated from Duke 70 years ago and could barely walk, let alone navigate the tricky coliseum steps. I was now convinced that someone was going to fall and break their neck on that step. I was ready to swoop in and grab someone if I needed to.

However, after I watched that step long enough I began to notice something very surprising. The old people weren’t the ones who had trouble with the step. It was the young people who did. The first guy I saw nearly wipe out was probably in his late 20’s, physically fit, well-dressed, had it all together kind of a guy. But he was rushing down the steps, confident in his balance and not worried about taking it carefully. So when he wasn’t paying attention, he tripped on the short step.

The older people, on the other hand, took that step like a champ. Why? Because they paid attention to every single step they took. Each step was taken cautiously and slowly, and they never lifted their head to look around them, never taking a step for granted. They knew that if they weren’t careful they could fall, so they were diligent about each step they took. As a result, I never saw an older person stumble. Only the young people did.

As I watched all this go down I turned to Ike and said, “There’s got to be a lesson in that!” I think he may have rolled his eyes, apparently less in awe of the teaching potential than I was, but I was truly struck by this. While there’s an obvious application to the immediate context–namely, don’t rush down steep steps–I spent the rest of the weekend pondering what the spiritual insight might be.

What I came up with is this: The short step teaches us a lesson about wisdom.  All the natural abilities and strengths in the world don’t make up for wisdom. In fact, our natural abilities can sometimes make us proud in a way that blinds us. We aren’t able to see potential pitfalls or dangers because we are over-confident in ourselves. So rather than seek God, be patient and wait on Him, we cast wisdom aside and rush forward full force.

Practically speaking, this happens when we assume anything without first seeking God. Perhaps we decide to take on a ministry commitment or a job or a dating relationship that just “seems” right or we’re sure we can handle. It’s simple enough or easy enough or all the circumstances have perfectly aligned. Of course this is God’s will, right? Why even seek Him?

However these decisions have more to do with arrogance than wisdom. We aren’t stopping and seeking God. We aren’t searching our hearts for sinful motivations or potential dangers. We are spiritually brash, and as a result we often trip and fall. That’s why the old Duke fans had it right. Yes, their age forced them to slow down, and sometimes God forces us to slow down and pay attention to Him as well, but don’t wait for that. Pray for wisdom. Pray for discernment. Pray for the patience of spirit to stop and seek God before making a decision. And not just in the big things–do this in the small things as well. Be discerning about how you schedule lunches with people or spend money on a new outfit. We must constantly seek God’s wisdom in how we spend our time, money, and energy. That seemingly small thing you commit to might be the short step that sends you tumbling!

Women and Competition: The Ugly Truth

The Wise, the Foolish, and the Evil