When Charity Turns Into Entitlement 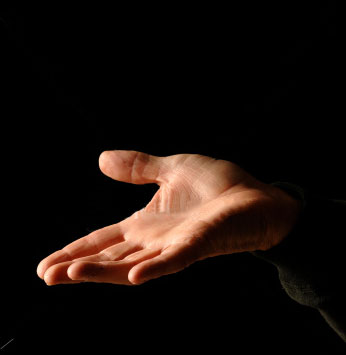 Today I was talking to my mom about a tough situation she’s recently found herself in. For the past couple years she’s been helping out a friend financially whenever things got tight, but the situation has gradually started to change. What was once a charitable leg-up from time to time has now become frequent and awkward. Her friend now calls asking for large sums of money to fund dubious needs. And my mom is expected to foot the bill. Her friend needs it, my mom has it, so she assumes my mom will cover it.

I don’t know if you’ve ever been in a situation like that before, but there’s a funny line between charity and entitlement. Sometimes generosity is received as if it were somehow deserved, rather than a gift of grace. And when this happens, the sweetness of the giving is taken away. You feel unappreciated and taken advantage of. You also realize that you weren’t really helping them at all–except to help them form a bad habit.

I talked with my mom about this and the situation frustrated me. But I honestly can’t judge her friend–I do the same thing all the time. For instance, I totally do this to my husband. The guy seriously deserves an award–he does the dishes, cleans the bathroom, takes out the dog when it’s cold and dark and I don’t want to, and he cooks me an amazing pancake breakfast every Sunday morning. He is a wonderful husband! I couldn’t ask for more.

Clearly, I have become entitled. Rather than be grateful for my amazing husband’s acts of service and generosity, I am ungrateful that he doesn’t do more. It’s as if he signed on to be my personal slave. And as a result of my entitled attitude, I feel self-righteous and bitter when he does something wrong, rather than humbled and grateful for all the times he goes above and beyond.

Oh but it doesn’t stop there! You wanna know another place I’ve turned charity into entitlement? In my relationship with God. Jesus’ sacrifice was the greatest gift of undeserved grace the world has ever seen, yet I act as if it says more about my own goodness than the infinite grace of the Giver. So rather than take my sin seriously, I become entitled.

Entitlement results when we have cheapened grace. We bestow grace upon ourselves because we think we deserve it. Little repentance is necessary because there is nothing to repent of. “God’s gift of grace was a reflection of what I deserve, not His self-giving, sacrificial love,” I secretly think. Though I may not openly admit this mindset, my true feelings are betrayed when grace is withheld. I grow bitter because God hasn’t given me what I “rightly deserve.” I shake my fist at Him and angrily ask why, instead of reflecting on that from which I have been graciously spared.

The appropriate response to God’s charity is to acknowledge that His grace wasn’t cheap at all. It was, in fact, costly. The fitting response to such grace is humble, jubilant gratitude, not spoiled entitlement. And the same is true of my marriage. Not everyone has a husband as servant-hearted as mine, and there was nothing about pancake breakfasts in our vows. He gives to me out of the kindness of his heart, a habit that says volumes about him and very little about me. So it is with God.