My Husband is Annoying 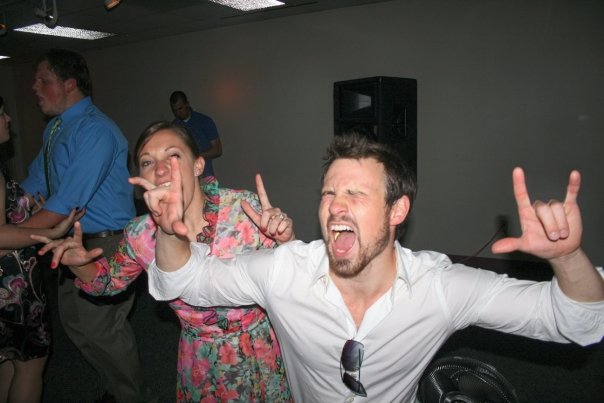 Actually, my husband is NOT annoying at all. In fact, if anyone in my marriage is annoying, it’s definitely me.

“My Husband is Annoying” is the name of a popular blog that is taking the blogosphere by storm. You can check it out here: myhusbandisannoying.com

The premise of the blog, which you can read in the “About” section, is that it’s written by a newlywed who had never lived in the same city as her husband until 2 weeks before they got married. And while she loves her husband and is grateful to be married to him, she’s also learning about all the “annoying” things that he does–such as leaving all his shaved whiskers in the sink, or forgetting to shower every day.

As simple as the premise sounds, the blog has blown up. The woman who writes it has appeared on Oprah, and she’s received a lot of press for it. Plus, women all over the country are now sending her pictures of their own annoying husbands. On “Photo Friday” she posts numerous comical pictures of husbands acting like dufuses, and women everywhere are bonding with one another over their common plight.

Now I’m not gonna lie–parts of this blog are hilarious. There’s one post that she wrote her husband blaming the dog every time he farts. I was reading it in Barnes and Noble and I was laughing so hard I was crying. The guy sitting across from me probably thought I was having a mental breakdown.

But without making too much out of it, I have to express some concern over the motivations behind this blog. While every woman can relate to the divide between the sexes (I’m certainly learning new and surprising things about my husband every day!) we stray into dangerous territory when we start belittling our husbands.

This blog might be harmless were this sentiment not a legitimate struggle for women. I find in myself all the time a temptation to be sarcastic with my husband. For instance, before the wedding I went shopping with my mother-in-law for her dress, and she found one that she really liked. The dress was pleated and had a pewter color to it, but when we sent Ike a picture of it, he shot it down immediately because “it looked like what Shredder wore.” (In case you missed it, that’s a reference to Teenage Mutant Ninja Turtles) After getting off the phone with him I looked at a sales associate, rolled my eyes and stated, “He’s a guy. What does he know!”

Even in the safest of environments, there still remains in me a competitive spirit, a need to put others down to keep myself on top. And this plays out in my marriage as well. I want to be the sharpest, the wittiest, the winner of every argument, the one with the last word. But this kind of attitude is lethal for a marriage if it’s allowed to grow. These little sarcastic comments and jabs are like the “little foxes” described in Song of Solomon. In chapter 2 verse 15 we are advised to catch “the little foxes that spoil the vineyards.” Those little foxes seem harmless at first–not like a plague of locusts or anything. But after those foxes keep coming back, over and over again, chipping away at the blossoming vineyard, bit by bit–pretty soon there will be nothing left. We’ll wake up one day to find that the vineyard has been ravaged right under our noses.

That is the danger of these little jabs and remarks at my husband. I am chipping away, not only at the health of the marriage, but my own heart. I am assuming a posture of disrespect, teaching myself things about his character and nature that simple aren’t true. If I continue to do so, pretty soon I’ll believe them.

The women who post on this blog have been duped by the lie that our media is selling. Most sitcoms portray a gorgeous wife who is married to an overweight buffoon. Regardless of how skinny you are and how chubby your husband may be, this stereotype is a perversion of the truth. Women are not always right, always smarter, wiser and more attentive. We are all fallen people who mess up, and we deceive ourselves by placing the weight of that brokenness on another person’s shoulders. We are contributing to it just as much.

The little foxes are the ultimate destroyers of intimacy. This is true of friendship as well. If we want to have authentic, self-giving, loving relationships that reflect the heart of God, then we need to guard our tongues and take seriously the jokes that we brush off as seemingly innocent. Not only does my husband deserve far better, but that is the last thing that should characterize the people of God. We should be known by our love, not our sarcastic blogs.

Immodesty and Lust: A Man’s Perspective

The Fruit of Self-Control