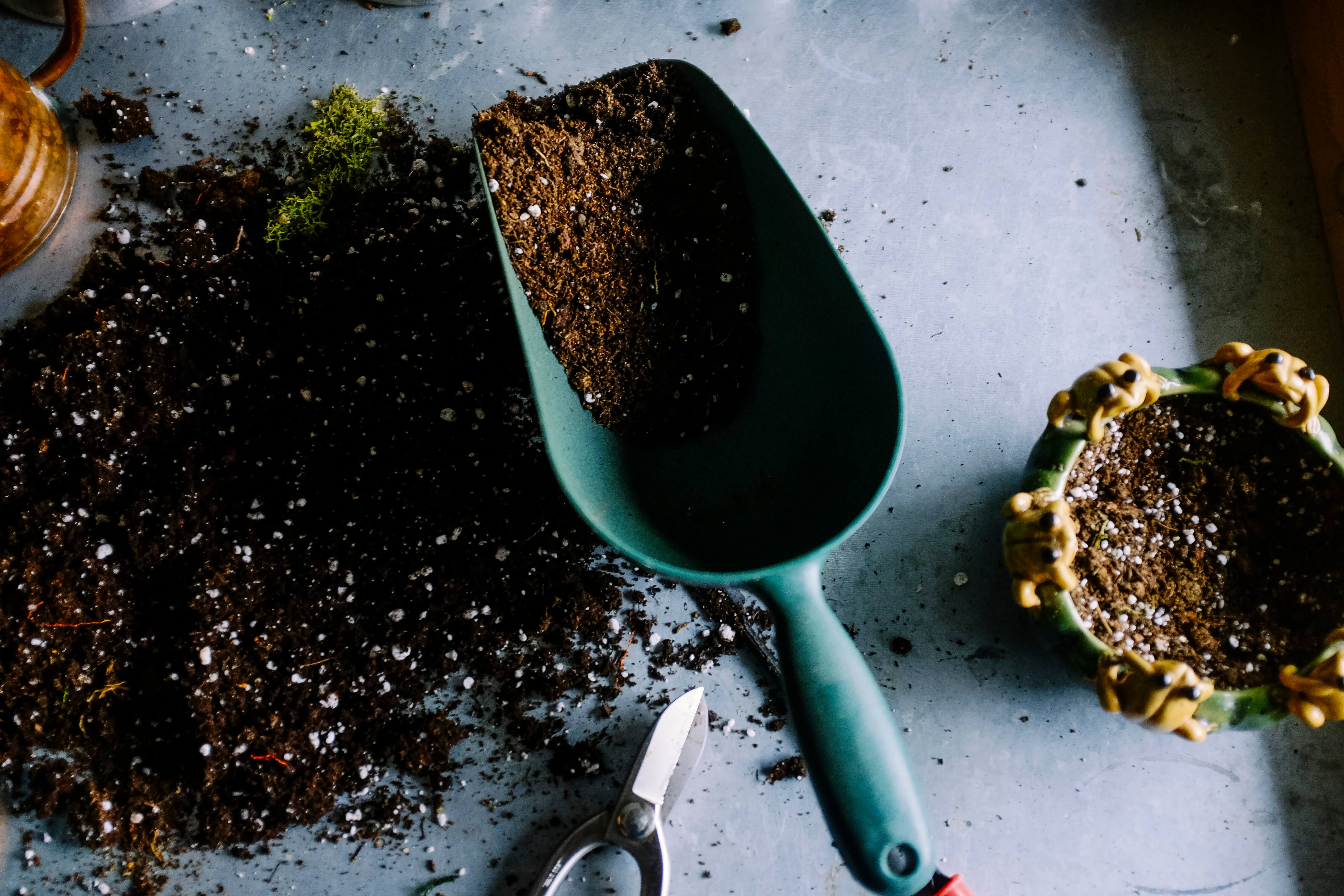 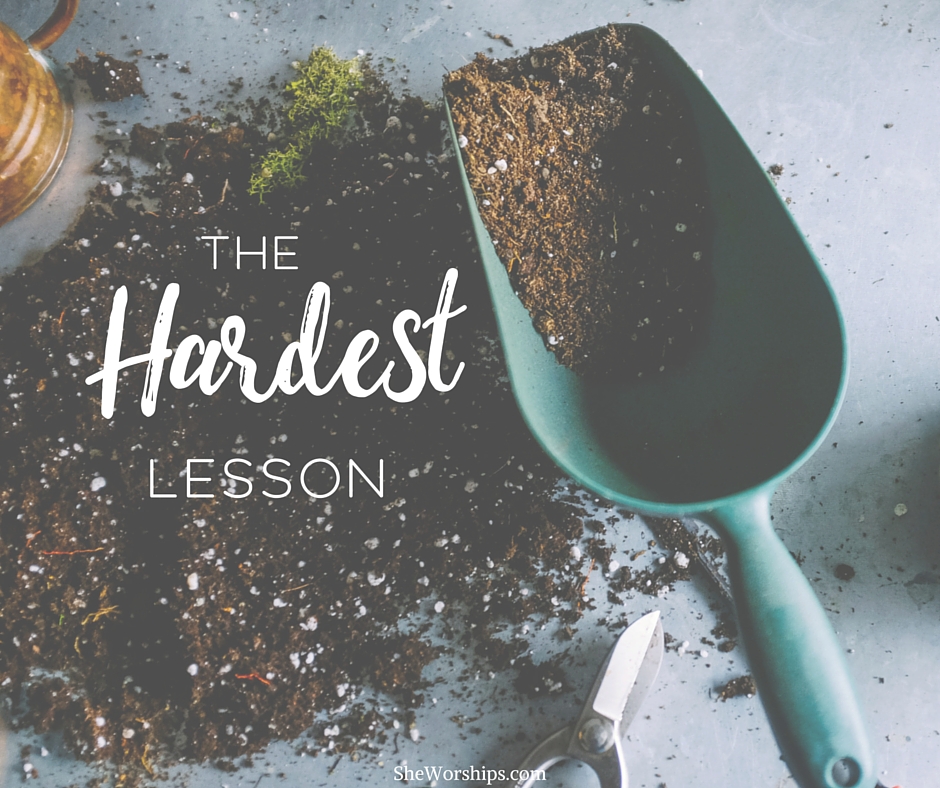 Praise be to the God and Father of our Lord Jesus Christ, the Father of compassion and the God of all comfort, who comforts us in all our troubles, so that we can comfort those in any trouble with the comfort we ourselves receive from God.

One summer while I was in seminary, I interned at a hospital as a chaplain. Looking back, I have no idea why I thought it was a good idea, because I can’t handle blood. Not even a little. I still close my eyes when the Beast gets shot in Beauty and the Beast. Forget about The Walking Dead. If there’s blood, I’m out.

So of course, I took a job working in an emergency room.

My first day at the hospital, I had to sit in a hallway with my head between my knees. The queasiness did get better with time, but during that summer I witnessed things I will never forget. I also learned something I’ll never forget.

When you work in a hospital, you understand something most people don’t. It’s a truth we all know on a head level, but most of us don’t really get, which is this: people die every day. Every single day, someone dies. Lots of people, in fact.

As a 24 year-old, that seemed so strange to me.

It seemed strange to me because I live in a culture that shelters people from death. Death happens in hospitals or on far off battlefields, which makes death easy to avoid. When we do encounter death–especially at a younger age–it feels strange and rare. Kind of like, how could this possibly happen? But in a hospital death is common. It isn’t rare at all.

Throughout that summer I came to realize, with new clarity, that death is a part of life.

This realization was further cemented when I traveled to Haiti that same year. While there, I walked the halls of a hospital and sat next to children with the bony limbs and orange-tinted hair of malnutrition. I met mothers who had lost multiple children to easily preventable illnesses. Everywhere I went, death seemed nearer than it had in the U.S. In Haiti, death seemed like it was much more a part of life.

No matter where you live, or where you work, death and suffering is painful. It will always feel wrong and unnatural, because in some sense it is–suffering is a sign of the Fall. But I also wonder if the communities where death is accepted as a part of life, are better prepared for it. I wonder if they have a more familiar language for processing it, a clearer path for walking it, and a better equipped support system to carry one another through it.

I wonder if our culture, on the other hand, makes us especially unprepared for suffering.

Consider your own reflexes. When you come to the Psalms about suffering, do you speed through them? Let’s skip to the parts about God’s love and mercy, right? Or how do you respond to stories of tragedy on Facebook? Do you silently thank God it didn’t happen to you, say a quick prayer, then keep on scrolling because it’s too uncomfortable to entertain anything deeper?

I think a lot of us do this as a way of distancing ourselves from suffering. We don’t want it getting too close. But here’s what I have learned from the communities where death is treated as a part of life: suffering is something we should study. Some of the greatest teachers around us are the ones who have suffered.

The people we are most likely to keep at arm’s length–the one’s whose suffering we don’t want to get on us–are the one’s we should be listening to most.

Last week, I sat in a pew at my cousin’s funeral. He was 38. He left behind three very young children. I looked over at his wife, and a feeling of wrongness settled on my shoulders like a heavy weight. How could this happen, in MY family?

One of the terrible shocks of suffering is the alienation of it. There is a sensation that no one understands how I feel. This hasn’t happened to anyone else. Satan compounds grief with isolation, and he does it by twisting the truth. On the one hand it’s true, every experience of suffering is different. On the other hand, we are not left alone without help. Or a road map.

The story of Jesus’ death is that map. Jesus conquered suffering and death, but he also showed us the way through it. Jesus is the only one in all of history who suffered perfectly, so if we want to know what it looks like to suffer well, we look to him. And this is what we see:

Suffering, by its very definition, is ugly. Jesus got angry, he questioned, he bargained, he agonized, and he despaired. At no point did he pretend things were any less awful than they were.  He did not “give thanks in all things,” or rejoice. He didn’t tie it all up in a nice, neat bow of optimism.

What this tells us is that Christian suffering has plenty of room for ugly. We are free to suffer in all our messiness. We can cry and cuss and shake our fists at God, because “suffering well” doesn’t exclude any of those things.

What DOES it mean to suffer well? Honestly, I’m still not sure. That’s why I’m trying to learn. But, when I look at Jesus, and when I look at people who have suffered well, this is what I see: an intangible quality of grace. This grace expresses itself in different forms: maybe it is joy, but it can also be courage, forgiveness, defiant hope, or just getting out of bed in the morning. Slowly and sometimes imperceptibly, Christian suffering bends toward the arc of redemption.

You’ve probably seen this kind of suffering, and you probably marveled at it. “I could never do that!”  you probably thought, because it seems like such a miracle of grace. But to my mind, that is EXACTLY why we should study suffering. We need to sit at the feet of those who have suffered well, because that miracle of grace is our witness.

When it comes to suffering well, Jesus is our primary teacher, and the Holy Spirit our primary helper. But we also have the church, and it’s full of teachers too. Right now, I have a friend who is suffering so well. She would probably tell you she isn’t, but she is. She is a mom of three, has cancer, and it sucks. She’s honest about that. But she is also SUCH a bright light, like I have never seen. God is beaming through, but He’s also beaming over her, I’m sure. Her suffering is a miracle of grace, so I’m paying attention to her. I’m learning from her. Right now, she is my teacher.

I’m just a rookie. I have a lot to learn. But I know enough to know what I don’t know. I know I need to learn. So in that vein, I invite anyone who has learned how to suffer well to share your experience in the comments. And would you all join me in getting intentional about this? Will you press into this hardest of lessons, so that in good times and bad, to God be the glory?

When Your Abuser is a Christian