Where, O Death, is Your Sting? 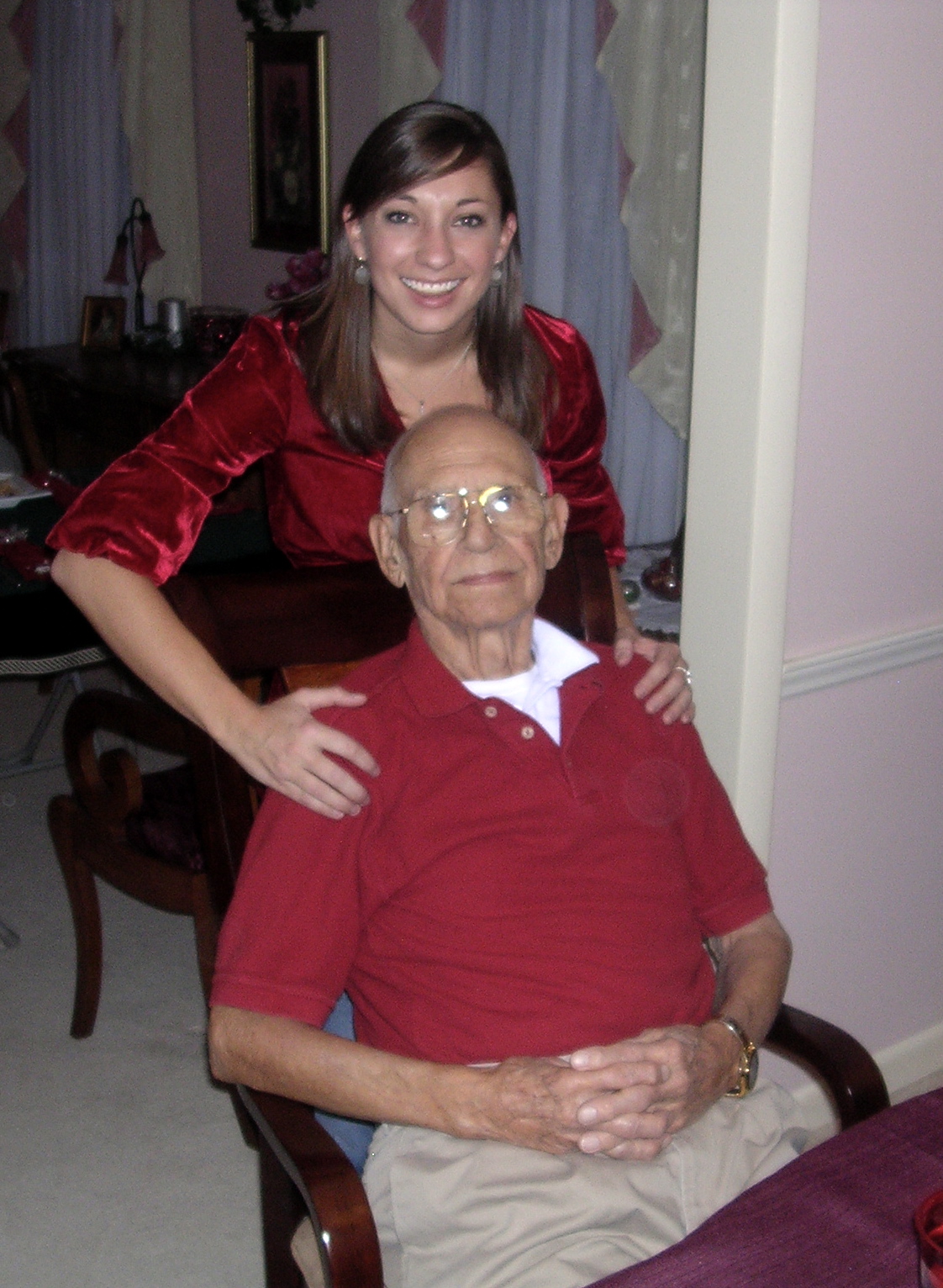 This week has been a sad one for my family. On Sunday morning my grandfather passed away at the age of 87. Two weeks ago I would have never guessed I’d be writing this. Grandaddy was very frail but overall his health was strong. Unfortunately last week he had a mild heart attack which led to congestive heart failure, and he ended up contracting pneumonia. After that, we knew God was ready to take him.

Though very sad, a loss like this is not a tragedy. Not only was Grandaddy a great man who lived a long, happy life, but he was a believer. He used to say the most beautiful blessings I’ve ever heard. I wish I had a recording of them. He loved Jesus so there is hope and joy in this loss, knowing that he is now with his loving Father.

The hardest part about the last week was not his death, but watching him die. He was kept alive by a breathing apparatus that he absolutely hated, and it was a fight for him to breathe. Even though we knew it was God’s time for him to go, dying is ugly. There is nothing beautiful or glamorous about it.

As I sat next to Grandaddy’s bed holding his hand and watching his labored breathing, I was reminded of Paul’s words in 1 Corinthians 15: “Death has been swallowed up in victory. Where, O death, is your victory? Where, O death, is your sting?” These words provided little comfort in the face of his suffering. That’s when I realized what the verse didn’t say. Paul didn’t proclaim, “Dying, where is your sting? Sickness, where is your victory?” That’s because there really is no goodness in that part of the process. The victory, the peace and the joy all come, ironically, in death. Dying is wretched; death is release. While we often commend people for their fight to live, the greatest glory of a believer comes in their death.

I guess I’m writing all of this to say that as much as I talk about life, as much as I want us to value the divine image in every human being, life is not an end in itself. The preservation of life is not my ultimate purpose. I recently read an article on the BBC about a study in which Christians were found to fight the hardest to stay alive in hospitals. They were the most likely to engage in extraordinary means to live as long as they could. This statistic is ironic, and may reveal a secret idolatry in our hearts. Though we have the greatest reason to embrace death, we fight it the hardest.

While we should value life on earth, we should never make it our idol. Life on earth compared to life with God is but a pale shadow. It is flawed and hard and painful. There is suffering and despair. But because of the Gospel, because of Christ’s sacrifice, death is now our servant. It frees us from our fallible bodies and brings us into everlasting joy in perfect union with God. Though we should never consider taking our own lives to achieve such bliss, nor should we throw up our hands and go to Jesus when the prognosis is grim (perhaps He intends a miracle!), should we fight God so hard when He is clearly calling us home? This is a question that many Christians, including myself, are not prepared to answer.

I miss Grandaddy a lot. He was quite a character. Yesterday my grandmother told me that he’d already planned to get my great uncle an earring as a gag-gift for Christmas. He was a really funny guy, and a light has truly gone out in this world. But over the years his body couldn’t keep up with his mind. Now it can. So I grieve for my family and the loss that we feel, but I do not mourn for him. He is with his Father in Heaven, and I rejoice in that.